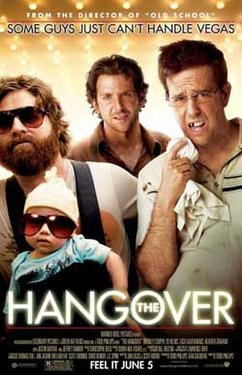 Looking at this picture just makes me laugh!

This movie was freakin' "awesome"!

Don't ask me why I use that word a lot, I just like it right now I suppose. But seriously, I haven't laughed so hard during a movie at a theatre in forever! And trust me, all the funny parts weren't already shown in the trailer, the entire thing was "laugh out loud" funny! There was probably a total of 5 minutes through out the entire thing that I was NOT laughing. It's like my asthma started kicking in because I wasn't breathing right.

Alan was definitely my favorite character, even though they all pretty much had there time to shine, the cast complimented each other very well. I can't wait for this movie to come out on DVD, because I can totally see myself watching it over and over again! It will be definite laughs...

Shit, I might just watch it again in the theatre!! But definitely too graphic for kids, so don't bring them! Don't ever watch it with them around.! For sure, adult ONLY film. So save it for when your kids are asleep or sleeping over the grandparents house.

There are those "stupid funny" films like Pineapple express, Dude where's my car..etc. Where it's funny, but its like "who does that?". Like you know, the straight stoner movies. I'm not even sure if I'm going to make sense saying this, but this movie, was "stupid funny", but so realistic at the same time. Like it could really happen to people, especially in VEGAS!! Just go watch it, you'll see what the hype is about.

I know I was hearing people weren't as excited about it and didn't like it, but I can't see how you WOULD NOT like it. I was going through the reviews and out of all the good ones, there was one bad review.

Hannah Palindrome
I had high hopes for this movie after reading all the reviews. Am I just a boring person with absolutely no "funny bone."The best parts of the movie: Mike Tyson & Phil Collins, The Asian guy rolling up the window scene, The guy yelling at his girlfriend, and the end with all the photos. The rest of the movie was...zzzzzzzzzzzzzzThe guy sitting next to me was laughing at everything. I don't know what he was "smoking", but it was really not that funny. I guess it will tickle your funny bone if your a teen or in your twenties. I'm in my early thirties. BORINGIf you want to see a funny/good movie...rent The Wackness! Ben Kingsley is GREAT!"

Okay really lady?? I think she pretty much bagged herself in this review, saying she has no funny bone, and that she's 30. So what if your 30?? You have no sense of humor or desire to laugh? That was the only bad review I found and that even made me laugh!

Favorite Quotes from the movie:

"Remember what happens in Vegas, stays in Vegas. Except for herpes. That s***'ll come back with you."

Stu: "She is wearing my grandmother's Holocaust ring."Alan: "I didn't know they gave out rings at the Holocaust."

Stu: "Why can't we remember a godd*** thing from last night?"Phil: "Because we obviously had a great f***ing time."

Alan: "Next week's no good for me. The Jonas Brothers are in town."

I don't want to burn too much of the movie, so I won't get carried away with the quotes, just go watch it!

Gemx2
I'm as simple and as complicated as they come. Truly am "TOO BLESSED TO BE STRESSED". I'm thankful everyday for the people in my life, they have all inspired me in one way or another.